Libertarians on the Prairie 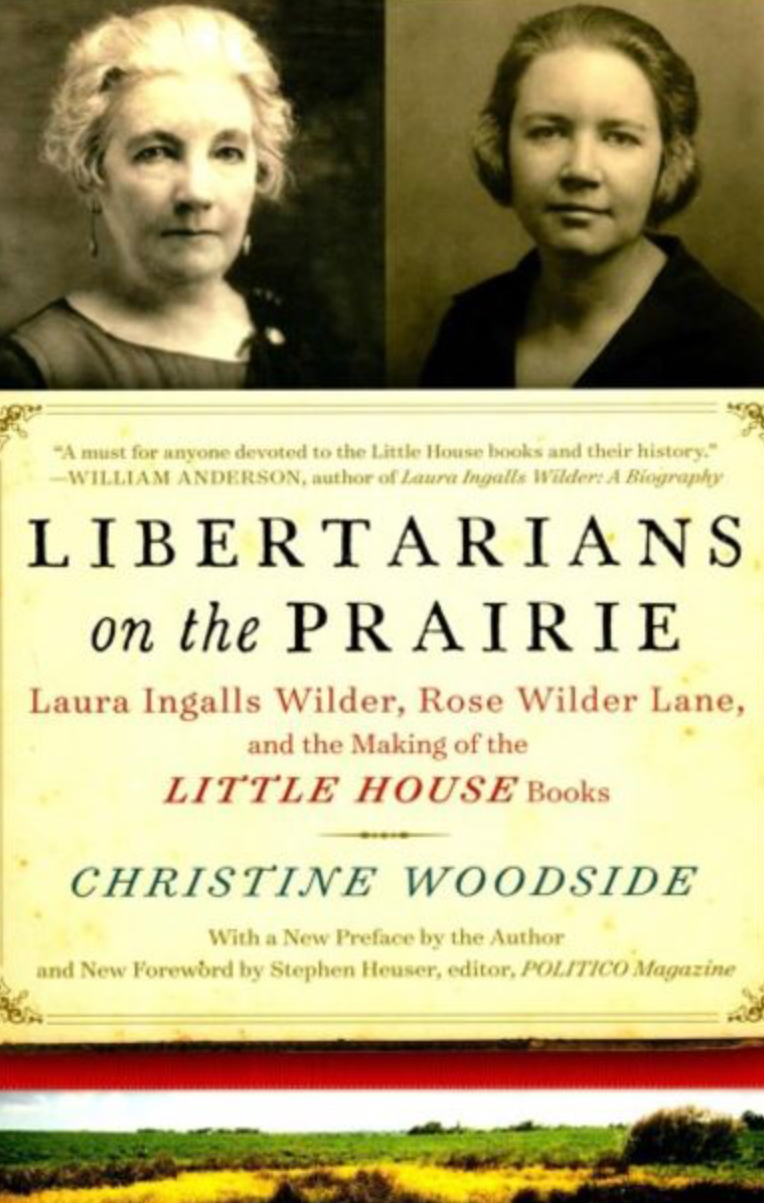 Laura Ingalls Wilder, left, and her daughter, Rose Wilder Lane, as they looked in the 1930s, when they worked on the “Little House” books

Now available from your favorite outlet. Coming out in paperback in October 2017

This myth-busting book finally reveals the true story behind the beloved children’s classics.

Generations of children have fallen in love with the pioneer saga of the Ingalls family, of Pa and Ma, Laura and her sisters, and their loyal dog, Jack. Laura Ingalls Wilder’s Little House books have taught millions of Americans about frontier life, giving inspiration to many and in the process becoming icons of our national identity. Yet few realize that this cherished bestselling series wandered far from the actual history of the Ingalls family and from what Laura herself understood to be central truths about pioneer life.

In this groundbreaking narrative of literary detection, Christine Woodside reveals for the first time the full extent of the collaboration between Laura and her daughter, Rose Wilder Lane. Rose hated farming and fled the family homestead as an adolescent, eventually becoming a nationally prominent magazine writer, biographer of Herbert Hoover, and successful novelist, who shared the political values of Ayn Rand and became a mentor to Roger Lea MacBride, the second Libertarian presidential candidate. Drawing on original manuscripts and letters, Woodside shows how Rose reshaped her mother’s story into a series of heroic tales that rebutted the policies of the New Deal. Their secret collaboration would lead in time to their estrangement. A fascinating look at the relationship between two strong-willed women, Libertarians on the Prairie is also the deconstruction of an American myth.

Christine Woodside is a writer and the editor of the journal Appalachia. The author of Energy Independence and editor of Living on an Acre and No Limits but the Sky, she has nourished a fascination with the Little House books since she was a girl. As a teenager, she applied for a summer job at the Laura Ingalls Wilder farmhouse in Mansfield, Missouri—but, residing in New Jersey, lived too far away. She now lives in Deep River, Connecticut, with her husband.

“Do anything you please with the damn stuff if you will fix it up.” —Laura Ingalls Wilder to Rose Wilder Lane, 1938

“A compelling ‘big picture’ look at the Little House books’ cultural impact and Rose Wilder Lane’s involvement with them.” —Wendy McClure, author of The Wilder Life: My Adventures in the Lost World of Little House on the Prairie

For More About This Book

See the catalog page of Arcade Publishing. See Chris’s September 2016 Politico feature on how the Little House books built modern conservatism. Read Chris’s Boston Globe “Ideas” feature, published in 2013. Check out the home page of this website for updates on book signings, talks, and other events.